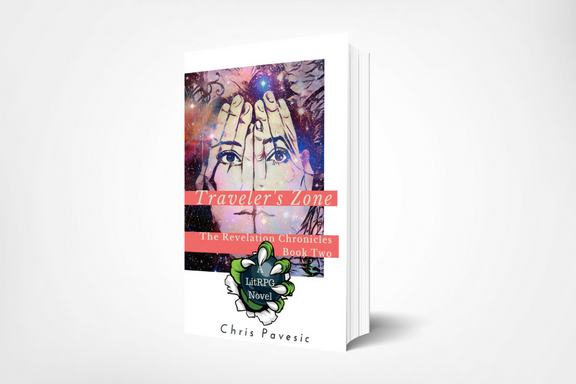 You may remember the first book in Chris Pavesic’s LITRPG series, Starter Zone, which I wrote a review for here. Well, Chris Pavesic continues the amazing story of Cami Malifux with Book 2 of the Revelation Chronicles, Traveler’s Zone.

When the review request came through for this one, I wasn’t sure I was going to have the time to read and review it, but I remember liking the first book, so I gave this one a shot. And I’m glad I did! Traveler’s Zone continues the story begun in Starter Zone, sort of like a second episode in a TV show. It’s short and sweet, while still managing to be really engaging and have a full story of its own. I was able to finish reading it in just two sessions, so it is a quick read. My only complaint is that I wish there was more of it, but then again, that’s more of a compliment than a complaint. One thing I will note, however is that I found L.G. Hodag’s character to lack purpose in this book. I’m hoping he will have more of a role in future installments, but it seemed like he was only in this book to keep Cami’s little sister company and as another example of how the game’s players and creators fail to treat NPCs or non-player characters as ‘lesser than.’

I wasn’t sure if LITRPG was a genre I would enjoy when I started this series, but Chris Pavesic has caught my interest and there’s so much more than just a ‘game’ going on in her series, that it makes for really engaging escapism. Bravo! 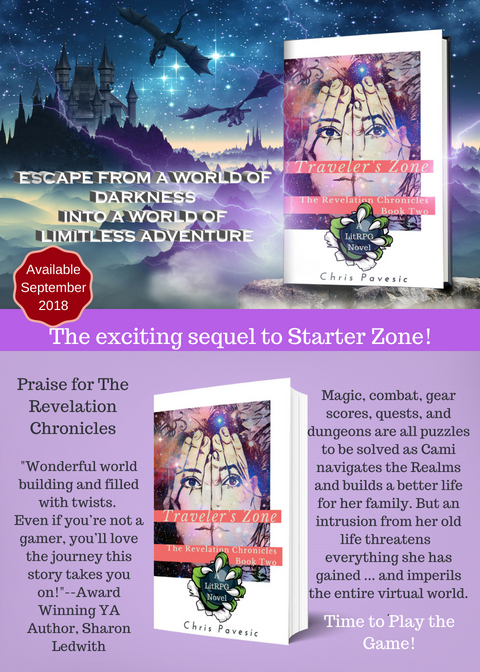 In Starter Zone, Cami kept herself and her younger sister Alby alive in a post-apocalyptic world, facing starvation, violence, and death on a daily basis. Caught by the military and forcefully inscribed, Cami manages to scam the system and they enter the Realms, a Virtual Reality world, as privileged Players rather than slaves. They experience a world of safety, plenty, and magical adventure. Indeed, magic, combat, gear scores, quests, and dungeons are all puzzles to be solved as Cami continues her epic quest to navigate the Realms and build a better life for her family. But an intrusion from her old life threatens everything she has gained and imperils the entire virtual world.

Time to play the game. 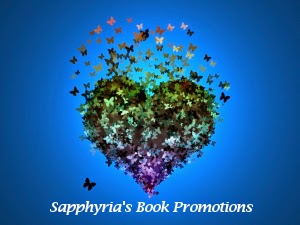 I was born into a world where silicone still ruled. Where the products of the earth outshone those of the sea. Integrated circuits ran all electronic equipment and scientists strove to make the conducting lines smaller and smaller. Silicon Valley tried, and failed, to make chips fast enough to upload human consciousness.

The Revelation came a few years later from the hydrologists. They designed a system that did not use silicone, but instead worked with water molecules. The hydrologists managed to imprint the consciousness of a human mind on a single drop of water.

The water was to be kept in self-contained, sealed aquariums—pure, undiluted, eternal—where virtual realities were constructed to meet every need and desire. All of human knowledge encoded and stored in literal pools of data and integrated with the drops of human consciousness. It was, the hydrologists claimed, utopia achieved.

The obscenely rich were the hydrologist’s first clients, many taken near the end of their lives. The procedure did not always work, but there were enough successes to spur people’s interest. People suffering from terminal illnesses volunteered to be inscribed, and the hydrologists worked and refined their process. Private companies formed and competition forced price wars. Hundreds of customers grew to thousands, and then to millions. There were landmark court cases arguing whether or not health insurance should cover the cost of the inscription–whether or not this was a medical procedure designed to save lives or a form of physician assisted suicide. The law struggled to decide if life ended when the body was drained to a dry, leathery husk, or if life continued inside those glowing, sealed aquariums.

I was thirteen when the governments seized control of the laboratories, first in the Eastern European countries. Then the labs of Europe and the Middle East were swallowed up. Terrorist attacks soon followed and destroyed most of the civilized world over the next three years. The United States, Canada, and Greece, those bastions of democracy, did not fall until the very end. Of course, by then no one cared whether or not the government or the private companies ran the uploading programs. Many of the aquariums ruptured in the strife and the droplets, imbued with human consciousness, re-entered the water cycle of the planet.

The destruction of the aquariums led to a moment of serendipity. Once the hydrologists learned that the human minds survived outside of the aquariums, they designed a world-wide system of interlocking realms to host the inscribed human minds. Right now the realms exist in Challenger Deep, the deepest known point in the Earth’s seabed hydrosphere, but the hydrologists have plans to expand their reach into the rest of the world. Soon, the only life left on the planet will exist in the virtual world.

Time to play the game. 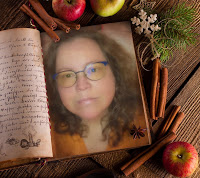 Chris Pavesic lives in the Midwestern United States and loves Kona coffee, fairy tales, and all types of speculative fiction. Between writing projects, Chris can most often be found reading, gaming, gardening, working on an endless list of DIY household projects, or hanging out with friends.

Enter the Giveaway: a Rafflecopter giveaway