Shelf Life: The Book of Better Endings by Rob Gregson launches worldwide today! You can order a copy wherever you buy books including, but not limited to, our online store, Amazon.com, Amazon.co.uk, Amazon.ca, BarnesandNoble.com, Chapters.Indigo.com, and ect.

Shelf Life is a mashup of literary genres, literally. The main character, Cathy Finn, is a young British bookseller who is rescued from certain death by a team of people from the fictional world of New Tybet, a place where all realities collide and bit-characters who die in their own narratives are given second chances at life. Cathy doesn’t know what to make of her new circumstance, but if there’s one thing she’s decided on, it’s that she’s NOT playing along. 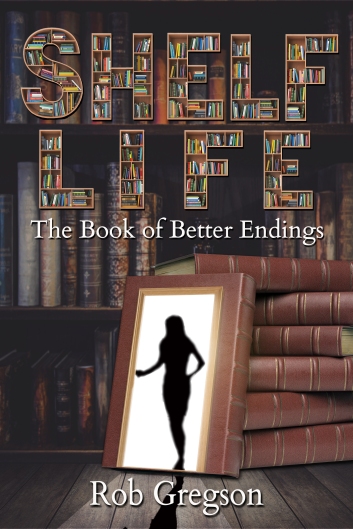 Young bookseller Cathy Finn is having a bad day. First, there’s the assassin’s bullet. Then comes the realisation that she’s been living in a work of fiction. Worse, she wasn’t even the main character.

Cathy’s quiet, bit-part life may be over, but her troubles are only beginning. Her last day on Earth is also her first as a citizen of New Tybet. For over four hundred years, its people have been rescuing those destined to die in other narratives, but now the system is faltering. A saboteur is at work and Cathy will have to stop him if she’s ever going to find a way home. Failure could maroon her forever and spark a revolution that sets all the worlds of literature ablaze. 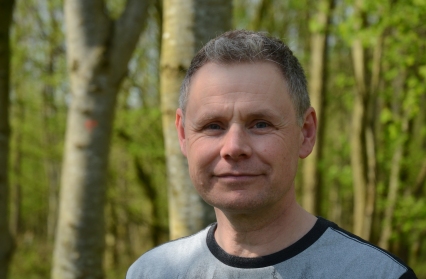 Rob Gregson spent much of his youth reading fantasy novels, immersing himself in role playing games and generally doing everything possible to avoid the real world. In his defence, we’re talking about the late 1980s – a time when ridiculous hair, hateful pop music and soaring unemployment were all very popular – so it wasn’t altogether a bad decision. However, had he abandoned the realms of wizardry at an earlier age, he might have developed one or two useful life skills and he would almost certainly have found it easier to get a girlfriend. Rob lives in Lancashire and has two children, although he has absolutely no idea why anyone should find that interesting.

Connect with the Author: Goodreads , Amazon

Enter the Giveaway: a Rafflecopter giveaway

Now, as the talk turned to chance meetings in the snowy streets of Manhattan, Finn let her gaze drift through the window into the Great British drizzle beyond.

There was nothing wrong with staying here and being who she was. Her old university tutors might have frowned to see a promising student immersing herself in the vulgar world of retail, but literature was still a big part of her life. In an odd and unforeseen sort of way, she was still doing what she loved.

And who needed ice skating in Central Park when they could have all this? Finn stretched out her legs and did her best to luxuriate in the early Yuletide ambience. Who could say no to the warmth of good conversation? To the cheery parp of a passing black cab? To the Lowryesque figures who passed by the window, hunched and bent beneath their umbrellas?

Well, okay, maybe that was stretching things. Ideally, she’d be doing much better business in a smarter part of town – some place where legitimate customers outnumbered the drunks; where kebab-disposal wasn’t regarded as the chief purpose of her shop doorway. For just a while at least, it might be nice to be somewhere interesting; somewhere a bit more encouraging of a passion for art and literature.

As though to illustrate her point, a white van mounted the kerb outside and juddered to a stop. A thin, dangerous-looking yob flung open the door and advanced with aggressive gestures towards someone just beyond her view.

Finn looked back. Her mother and sister were looking at her expectantly.

“Take a photo, would you, sweetie?” Waggling her phone, her mum leaned towards Chrissie, wearing the sort of smile one might instinctively associate with an abuse of medication. “She’ll be off again at the end of the week; we’ve got to capture her while we still can.”

“Oh, right. Yeah.” Finn took the phone and fiddled with the zoom. “You ready? Say… titular.”

The two of them grinned. “Titu…”

The sound was abrupt and momentarily stunning; loud enough to rattle the window in its frame.

Outside, the young thug was pointing a pistol. It fired again.

“Shit!” Chrissie spun in her seat.

Finn tensed, barely processing what she was witnessing. As she did, her camera-phone produced a brilliant white flash.

The shooter was striding back to the van’s open door when the bright burst drew his attention. He looked across at the café window and, for a moment, he met Finn’s gaze. Two unreadable eyes narrowed; then the driver’s arm was tugging at his sleeve and drawing him inside.

Wordless and white, Finn watched the vehicle speed away. From behind her came agitated shouts and the sounds of chair legs scraping tiles. She could only stare. The flash had been an unlucky accident – she’d been pointing the phone in a different direction altogether – but that wasn’t really the point. The gunman might easily have formed a very different impression.

Outside on the pavement, someone screamed.