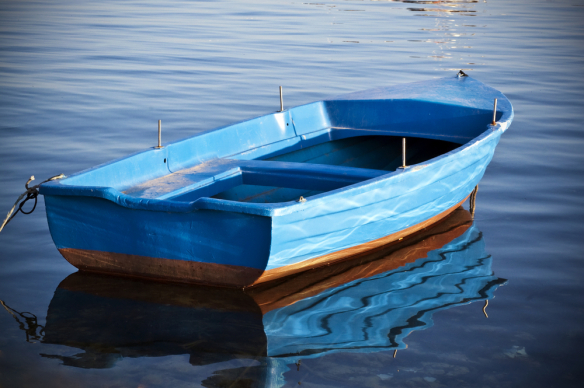 Missed part 1? Here it is. Interested in reading HL Carpenter’s middle grade mystery novel, The Ghost in the Gardens? Check it out. Then, read on!

“Hush.” I closed my fingers around Worm’s body. “We mean you no harm, apple tree. All we want is directions to the home of The Root of All Good.”

All the weeds in the apple grove straightened and the apple trees tilted even further.

The tree who’d told me to speak up quivered, and said, “Why?”

Worm poked his head out from between my fingers. “We want to get her advice about the war.”

Every tree in the grove shook. Were they laughing? Or frightened?

“You can’t win the war,” the tree we’d been talking to said.

A twisted stunted tree in the third row said, “We have nothing to lose. Tell them where—AHHH!”

The tree jerked sideways as the weeds covering her roots leaped up and wrapped around her branches.

Her final words were smothered under a writhing riot of green foliage.

I rushed forward. The weeds in the grove sprang toward me at the same moment the apple trees in the front row leaned over and blocked my progress.

I hesitated. I wanted to help. But I had no gardening tools to brandish as weapons. I didn’t even have a pair of gloves. Could I use my leaf-shield to imagine into existence what I needed?

The grove of apple trees disappeared behind a thrashing jungle of weeds. Grasping tendrils reached for me. Three narrow vines sneaked across the space between us and the apple grove. One twined around my ankle. The other two began climbing up my legs.

I jerked free from the grip of the vines and ran.

I was out of breath when I rounded a bend in the road and almost fell into a lake. Waves shimmered and lapped at my sneakers. In the distance, an island poked out of the water.

“Lucky you can run fast.” Worm slithered out of my hand and crawled up to my shoulder. He aimed himself at the island. “That issss the Isle of Right.”

“Where The Root lives?” I asked.

“Yessss, if we can believe the apple treessss,” Worm said.

Could we? I wasn’t sure. But we had no other ideas.

Of course. I took my leaf-shield out of my pocket. “Can’t I picture us on the island instead?”

“Not until you get better with your sssshield,” Worm said. “I prefer not to end up in the middle of the lake. Now picture a pretty boat with a fast motor.”

I closed my eyes. When I opened them again, a rickety boat with peeling lavender paint and pink and purple striped wood oars floated on the water in front of us.

“It floats.” I set Worm on the seat, put the leaf-shield back in my pocket, and climbed aboard the boat. I pulled an orange life preserver from under the seat and slid my arms into the straps. “And it has everything we need to get to the island.”

“Except for a motor,” Worm said.

After fifteen minutes of dragging the oars through the water and trying to guide the boat to the island, sweat dripped off my face, my arms ached, and the Isle of Right was no closer. As a motor, I was a total failure.

Worse, the red sky was turning black and the water was churning as if a storm was brewing. Waves smacked the side of the boat, and the boat pitched and rolled. I wrapped my hands tightly around the oars. We’d be all right as long as we got to the island before any rain fell.

A fat raindrop landed on my arm. So much for my plan. We were already in trouble.