Our 2017 line-up has been chosen! Instead of giving them all to you in one post though, I’m going to introduce one upcoming title each week, introduce you to the author/creator, and tell you a little bit about what’s to come.

Up first, is Uncharted by Justine Alley Dowsett (me) and Murandy Damodred.

I’ve talked about this title on this blog before, but it’s now time to make the official announcement. Uncharted is expected to launch April 17, 2017!

Set in the world of Ismera, the same setting as Unintended, Uncharted is not a sequel, but an entirely new story, with a new set of lovable characters. Instead of lords and ladies, the story centers around Meredith, an apprentice Priestess of Saegard, Reginald Lawrence, a ship’s Captain, and Grey Rhodes, his business partner. Uncharted is still a romantic comedy in a fantasy/historical fiction kind of setting, so it has all the humour and adventure you’ve come to expect from Murandy and myself. We hope you have as much fun reading it as we did writing it.

There are no coincidences…

Fated to be a Priestess of Saegard, Meredith dreams of leading a normal life with a family and a home of her own, something she’ll never have if she swears her life to the Order.  A chance encounter with a stranger in the sacred Celestial Chamber sends her previously well-ordered life into a tailspin of adventure and mayhem as she is blamed for the theft of a legendary artifact. Now a fugitive, Meredith must join forces with Captain Reginald Lawrence, the son of the man who initially brought her to the Temple, and his enigmatic business partner,  the charming yet at times infuriating, Grey Rhodes, to find the Celestial Bowl and clear her name. From the cosmopolitan capital of Saegard to the coast of Ismera and back again, Meredith’s journey will reveal the true nature of her past, present, and ultimately, her future. 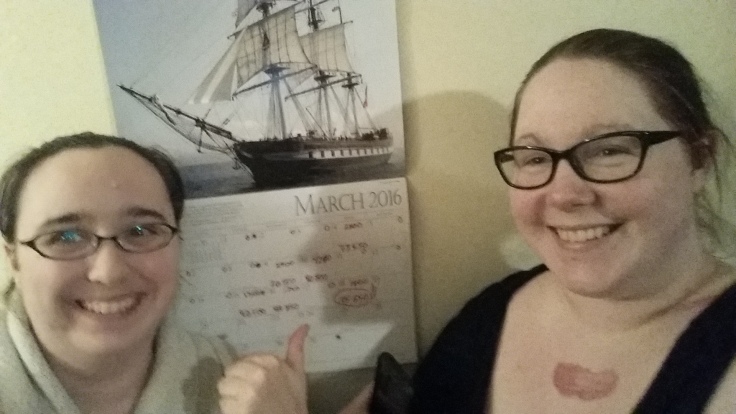 From obtaining a BA in Drama at the University of Windsor to becoming an entrepreneur in video game production and later, publishing, Justine Alley Dowsett’s unswerving ambition has always led her to pursue her dreams. Today she lives in Windsor, Ontario and is still writing and publishing fiction novels. When not focusing on growing her business, she enjoys role-playing with friends and developing new ideas to write about.Her previous works include, The Crimson Winter Trilogy, Neo Central, The Mirror World Series, and Unintended.

With a background in Drama and Communications from the University of Windsor, Murandy Damodred enjoys fantasy fiction with strong romantic subplots. She is an avid role-player and is happiest when living vicariously through her characters. Though she’d rather think of herself as the heroine of her next novel, in the real world she is studying to be a medical technician in Windsor, Ontario. She has co-written Neo Central, The Mirror World Series, and Unintended with her sister, Justine Alley Dowsett.
For more updates and insights into our 2017 publishing schedule, I encourage you to subscribe to this blog or check back often! Thanks for reading!